Europe is the 3rd most populous continent in the world with about 750 million people (11% of the world population). Azerbaijan, Kazakhstan and Turkey, which are in both Europe and Asia, add another 110 million people to that number.

After Asia, Europe is the second-most densely populated continent in the world and has over 60 cities with more than 1 million people. All of these people are people for whom Christ died, and we must tell them the good news of the gospel.

For 600 years, Europe has played a significant role in global affairs, and it still wields worldwide influence. Europe is actually home to the highest number of migrants of all global regions (over 70 million migrants). The influence and financial resources of Europe should be leveraged to make it a strong missionary sending continent again.

Estimates of the number of Christians in Europe can greatly vary depending on how you define a “Christian.” Operation World estimates that only about 2.5% of the population of Europe are evangelical Christians which according to them is the lowest percentage of all the continents. Sadly, not only are there many false religions in Europe but secularism is quite entrenched and Islam is on the rise. By 2030, 8% of people in Europe are expected to be Muslims.

A recent report (North American Mission Handbook, 22nd Edition) revealed that the number of North American Baptist missionaries to Europe declined by nearly 50% over the last 16 years. Despite many European countries having a strong Christian heritage and a history of sending out missionaries, there is a real shortage of labourers in Europe. There are many areas across the continent where it would be very difficult to find a doctrinal sound church to attend.

Because of the misconceptions and challenges, must negativity has developed about mission work in Europe. It is most certainly not an easy place, but there are many opportunities for those who come with the right training and the right mentality. There are many places across the continent where God is at work and doors are open.

My wife and I have served as church-planting missionaries to Europe since 2002. We are very aware of the challenges of European mission work but we are also very optimistic about the opportunities here.

We’d loved to talk with you about whether European missions might be God’s plan for your life. Please get in touch! 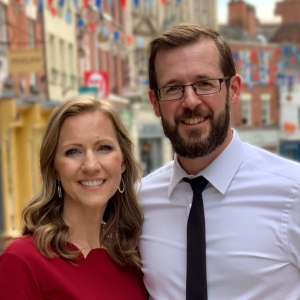 On November 23, a bus full of passengers returning from Istanbul to North Macedonia crashed in Bulgaria, killing 44 people. Of all the passengers onboard, only 7 managed to

In November, Austria’s government announced that it would mandate Covid-19 vaccines for all citizens over the age of 14 beginning in February. Since the announcement was made, there have

State of Emergency in Slovakia

At the end of November, Slovakia ordered a two-week lockdown and a 90-day state of emergency due to Covid-19. The cases reached a weekly average of 10,000, which put

During the last week of November, Swiss citizens cast their votes in a referendum concerning a Covid certificate. According to reports, there had been a spike in Covid cases

Difficulty at the Belarusian/Polish Border

In a recent stand-off at the Polish border, tear gas and a water cannon were used by border officers to stop the migrants from throwing dangerous objects at the

According to Christian Schmidt, the international high representative in Bosnia, the nation is in turmoil and a real possibility exists that it will fracture. The Serb separatists want to

In a recent Polish constitutional court case, it was ruled that the country’s constitutional law superseded the law of the European Union’s Court of Justice in certain cases. This

Finland’s birth rates have been declining over the past few years resulting in statisticians reporting that by 2034, the population will begin to decline. A Covid-19 baby boom recently